David DeLasCasas Kurvink a certified USPTR adult and youth professional brings with him a wealth of coaching experience at a variety of different levels and high-level tennis playing background.  David Kurvink currently enters his third season as the full-time men’s and women’s tennis coach at DeSales University and is CEO at Kids Play Tennis Community Outreach Program in which focuses on tennis and learning to underprivileged youth in the Lehigh Valley.

Kurvink has been recognized by earning a handful of awards including, USTA/EPD college coach of the year, teaching professional of the year honors from the USTA, men’s and women’s conference coach of the year at both DeSales University and St. Lawrence University, USTA/MS community tennis association of the year, Master Racquet Technician (MRT) which is the highest standard of excellence in racquet service industry, and most recently Lehigh Valley 2018 forty under 40 award winner.

David continues to spend a generous amount of time volunteering in many different tennis capacities.  Most recently he was placed on the USTA National Community Tennis Association Committee where he helps organize community tennis and represents the schools committee at the national level, USTA Middle States Board of Directors and serves as chair of the schools committee /EPD Delegate, and USTA Eastern PA district council Vice Chair.

Kurvink holds a Master’s in School Counseling and Human Development from St. Lawrence University and is graduate of Moravian College where he majored in Clinical/Counseling Psychology and was a standout collegiate tennis player with the second highest career wins and highest winning percentage in school history. 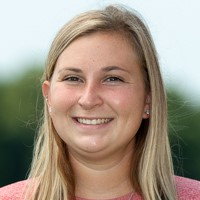 She played #1 singles and #1 doubles for three straight years starting as a sophomore at ESU and was a member of the Student Athlete Advisory Committee (SAAC).  Zardet earned All-PSAC East Second-Team honors as a freshman and was team MVP in 2016-17.

A native of Coplay, PA, she attended Allentown Central Catholic HS playing primarily #1 singles.  She is certified to teach 10 and under tennis from PTR and has taught children tennis for the last few years for a non-profit agency.

Zardet will be pursuing her masters in criminal justice at DeSales. 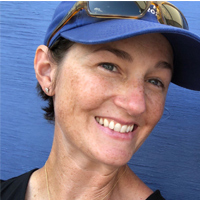 school, Cardinal Gibbons in Fort Lauderdale, Florida and USTA tournament player she received a tennis scholarship to play for Carson-Newman University in Jefferson City, Tennessee. It was there Katie played one and two singles, one doubles, and earned honors as Freshman of the Year, and a four year All-Conference player for the South Atlantic Conference. Katie was recently inducted into her high school’s Hall of Fame as an individual after already being inducted for her participation on her 1995 and 1996 State Championship Teams. Katie’s teaching career began as a camp counselor at Williams College for six summers throughout her high school and college years. After graduating from Carson-Newman with a Bachelors Degree in Journalism, Katie went on to teach High School English and tennis at various racquet clubs in the Charlotte, North Carolina market. Katie served seven years as the Assistant Tennis Professional at Charlotte Country Club in which she strengthened their junior programs and adult offerings like Cardio Tennis and USTA league and practices. Katie also organized numerous Breast Cancer Awareness events where donations doubled in a year. Katie also produced a monthly employee newsletter and contributed to annual events like the heralded Father-Son Tournament. This teaching experience launched Katie into tennis opportunities in Lansing, Michigan starting in 2012. In addition to being recognized as the Girl’s Tennis Coach of the Year while at Lansing Catholic High School, Katie also taught lessons and contributed to the tennis and pickleball communities at Sparrow Michigan Athletic Club.

Katie is happy to share her love of tennis, and coaching, as she continues her journey here in Pennsylvania. When not on the court, Katie enjoys spending time with her husband, Andy and her three children, Audrey, William, and Gilda. As a family we enjoy exploring our new home through food and play; finding new restaurants, outdoor activities like hiking, and just hanging out watching television. “Success is a journey, not a destination. The doing is often more important than the outcome.” ~Arthur Ashe 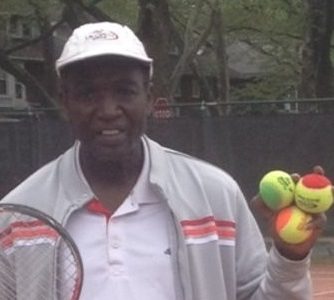 Coach Amadou Diop moved to Allentown, PA from Senegal, West Africa in January 1996. He was relocated in United State and served as International Programs for the Rodale Institute until December 2008. He is and international Consultant in Organic Farming and Tennis Coach from January 2009. He took more than six Quick Start workshops, four 10 and Under workshops and USPTR Certification Development workshop for 11-14 yr-olds. Coach Amadou coached his daughter throughout high school and during her college tears, Coach Amadou runs a USTA Community Tennis Association named AMCOTENNIS. His daughter Aida Diop is his Assistant coach and they are running a USTA Net Generation program at PRATER Park in Wescosville. Amadou is also a coaching staff for the KidsPlay-Tennis Programs at trident Swim Club and Bethlehem Community Park and for the Allentown Tennis Program at Lower Macungie and Macungie Parks . Coach Amadou speaks 5 languages (English, French, Spanish, Russian and Wolof). 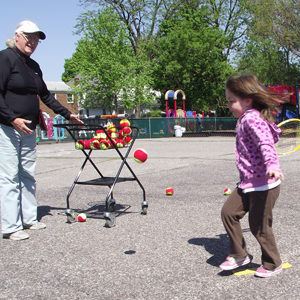 Coach K is an Emeritus Moravian College science professor and an avid tennis player and instructor.

She has experience teaching tennis at all levels but is focusing now on younger players.

Molly graduated from Bethlehem Catholic High School in June 2018. She was valedictorian of her class and named both the EPC and District XI Girls Tennis Scholar Athlete.

At BECA, she played #2 Singles and #1 Doubles on the Girls Varsity Team.

She was named to the Lehigh Valley Live All-Area Girls Tennis First Team. She is a 2016 PIAA State Doubles Champion.

Molly is a Professional Tennis Registry Certified Instructor to teach children 10 and under since April 2017. She will be attending Penn State University.

She graduated high school from Miami Valley School in 2014, where she was a four-year varsity player and a two-time OHSAA State Qualifier, three-time Sectional Champion, two-time District Champion, Ohio Valley Player of the Year, Ohio Valley Sportsmanship Recipient and four-time First-Team All-Area.  She holds the record for most wins for Girls Tennis with 102 during her high school career. She finished her junior tennis career ranked 6 in Ohio and a 3-star recruit on Tennis Recruiting.

Morehart hails from Dayton, OH where tennis runs in her family.  Her mother built and owns a tennis center that has seen Morehart teach tennis in the family business since 2011 specifically working with juniors ranging from 4-18 years old.

She is be pursuing an M.B.A at DeSales University with a concentration in Marketing, where she is also the Men’s and Women’s Tennis Graduate Assistant Coach.